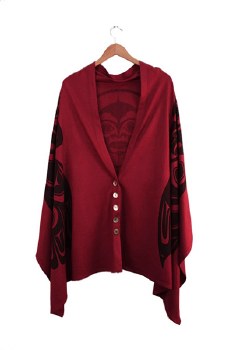 The Eagle is one of the two main crests of the Haida people. The Eagle is a symbol of power, knowledge and prestige. The Eagle also represents friendship and peace to all.

Protector and guardian of the earth, Moon Spirit watches over us and can change the way we feel.